The relationship between author and literary agent is often an informal affair –  the “agency agreement” is either:

Such informal arrangements are fine when the relationship is going as planned but, as with all legal documents, the value of a well drafted agreement often only becomes apparent when the relationship falls down.  In recent years, disputes between big names such as Kate Morton, Harper Lee and Jeffrey Archer and their respective literary agents show that both authors and agents can lose out if the terms of the relationship are not fully understood and/or not properly documented from the outset.

The growth of self-publishing and the interconnectivity of social media and business platforms has seen an increasing number of authors “going at it alone”, either without agency representation or challenging their agents on their performance in the belief (not always unfounded) that they can promote their works better themselves.  As such, the literary agent agreement should provide for both parties’ expectations from the outset: What works of the author will the agent represent?  What rights attaching to those works will the agent have?  If the agent is not appointed on an “all works” basis, will the agent have exclusive read rights for any future works before the author takes it elsewhere?  At what stage, if an agent has been unsuccessful in securing any deals for the work, does the relationship terminate?

Authors are sometimes surprised to discover that after termination of an agent’s appointment, the agent is entitled:

As such, clear provisions setting out what is to happen following termination of the agreement can be extremely useful.  Ideally the agent should provide the author with a list of publishing houses and editors contacted in respect of the work.  This serves not only as a marker for potential future commission on any attributable deals but also helps the author in their own efforts of publication (whether alone or with another agent) by knowing where and who has already been approached.

Finally, even the most successful author-agent relationships are not without their problems and often, the more successful a title and the more money at stake, the larger the potential fall out.  Ideally, as a minimum, the contract should contain (i) periodic reporting requirements on efforts made to secure deals, (ii) a specific time-period for the onward payment of monies received by the agent and (iii) audit rights to enable the author to confirm the agent’s calculations of those monies.  Providing authors with agent accountability protections in a written agreement can go a long way in keeping the relationship on a stable and happy footing: the author has the contract to rely on and the agent can point to that contract to keep the author’s demands in check.

If you have any questions about these issues please get in touch with a member of the team or speak with your usual Fox Williams contact. 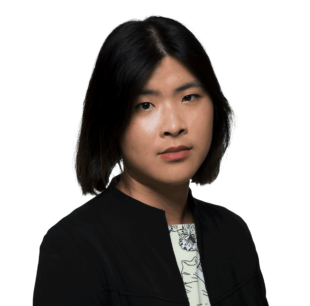